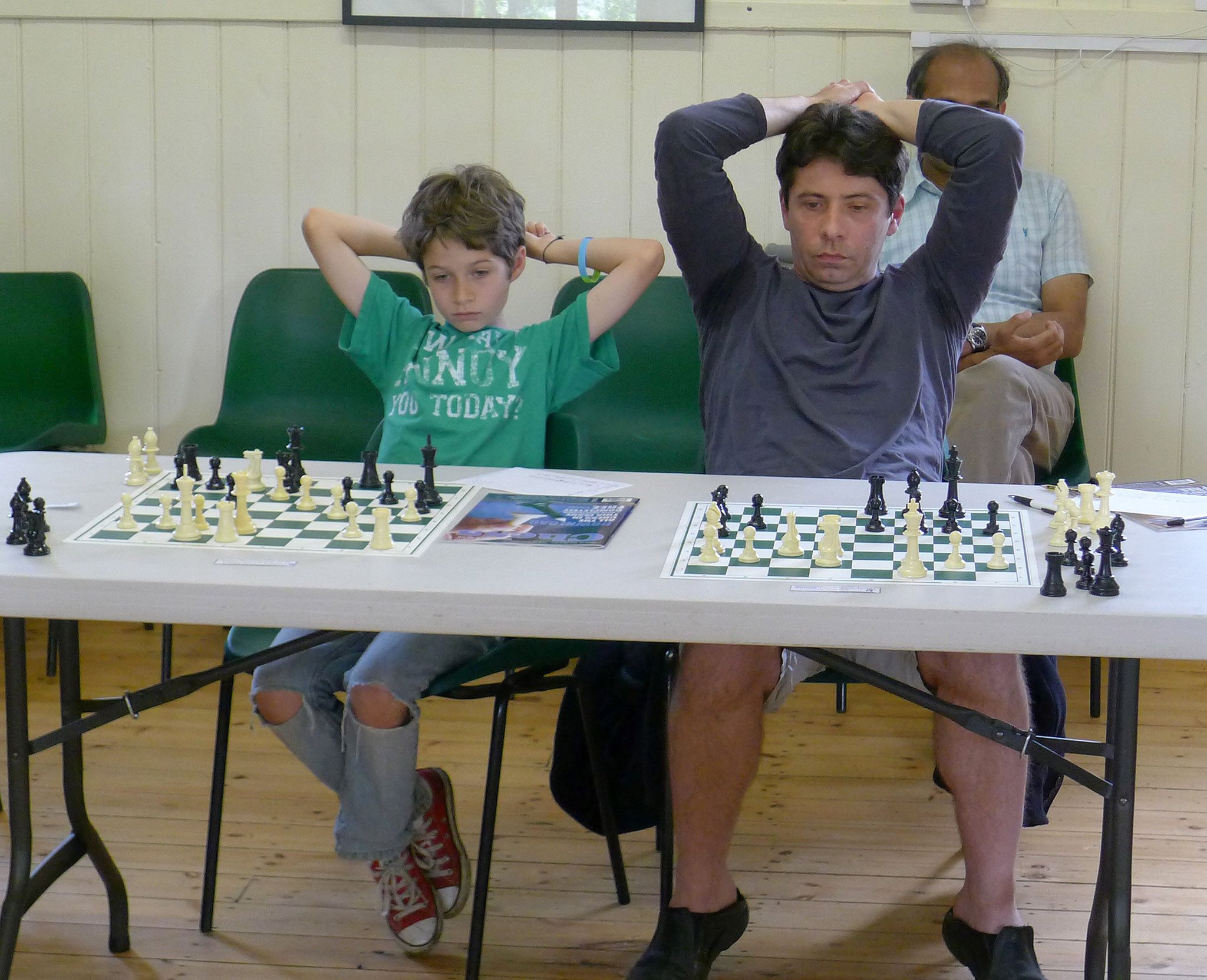 GM John Nunn gave a 21 board simul at Hanwell Village Hall in Banbury on Sunday 8th June. He came out 20-1 winner with two draws from Ben Graff and our very own Simon Terrington.

Simon had this to say about his game:

“I played a very very boring Caro. There were no tactics at any point. I had a slight pull in a rook and pawn endgame but Fritz read 0.00 to -0.3 all the way through.

“On move 55 I had a rook and two pawns vs Rook and pawn. John gave one incorrect check and Fritz went -5.

“I incorrectly put my rook in the way to allow him to enter a drawing queen endgame a pawn down. Moving my king would have won beautifully.

“At the end I asked him, “Do you think I missed a win”. He said “I don’t think so”. It’s a difficult game chess. John’s a good player. He has been three times chess problem world champion and was in the world top 10.”

Congratulations to Simon on the result!

Organiser Carl Portman said “It was a great day and we are grateful to John Nunn for agreeing to visit us.”