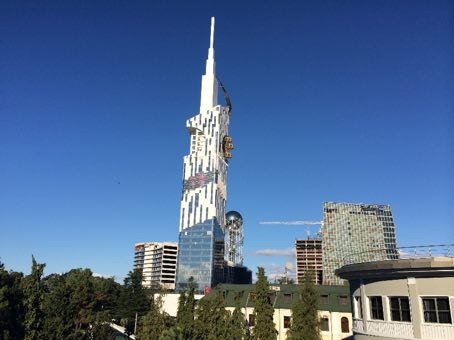 Little could I have imagined, when I started William Fletcher Primary School chess club, that about six years later I would be part of the supporting party for the England junior chess team containing two of the original beginner players at the chess club. But now here I am, sitting in my hotel room in Batumi, Georgia, while they play their second round games at the European Youth Chess Championships. The two players in question are Zoe Varney, playing in the Under 16 Girls section and Pavel Asenov in the Under 14 Open. Since I wrote about Zoe’s experiences in the European Schools Chess Championships in Kavala in June, she has achieved two further chess ambitions, winning the titles of Under 14 “Ultima” at the Delancey UK Chess Challenge Southern Gigafinal in July and Under 15 British Girls Chess Champion at Aberystwyth in August. Back in 2012, Pavel was a good board 2 player for the William Fletcher Under 11 team, but towards the end of his time at the school he started showing an increased interest in chess. The hard work he has put in during the two years since has enabled his innate talent to shine through, such that he is now in the top five highest rated Under 14 players in England. One recent highlight for Pavel was playing a major part in the Witney second team getting promoted to Division 1 of the Oxfordshire Chess League. He’s now proud to be playing on board 1!

In the first round yesterday, Zoe faced a titled Russian player, who came fourth in the same section in the World Youth Chess Championships last month. Zoe played really well as White, dominating the board for most of the game. After about four hours, as time trouble and tiredness set in, she unfortunately missed some winning chances, then lost her pawn advantage so that the game ended in a draw. Out-rated by more than 300 Elo points, it was not a bad result for Zoe nonetheless!

Meanwhile, Pavel had an even stiffer challenge, against the third seed in his section, an Italian FIDE Master. Pavel started very well against this “Goliath” but eventually, under time pressure, on one of the moves he changed from his original plan and played a slight inaccuracy. Hence in this particular David/Goliath battle it was “Goliath” who won, but this does at least mean that Pavel has an easier draw for his second round.