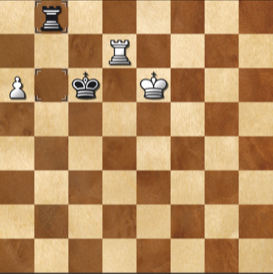 Firstly, please accept my apologies for the late delivery of this match report.

I was unable to publish the result due to an issue which will soon become clear.

But let’s start at the beginning. On Thursday 20th November Cumnor 1 took on Wantage 1. This early in the chess season both teams wanted the points to get off to a good start.

Gareth was the first to finish this time with a draw on board two – the position was blocked with neither player able to make any real progress, a draw was offered and accepted.

Daniel picked up a piece and then a win against Ray who was playing his second game against Cumnor in as many weeks.

Mark had also recently played against Wantage (albeit Wantage’s second team), being part of the successful Cumnor 2 team that won its match on 13 November. Mark managed to get the same result this time for his game – a draw.

Zoe had a great position and as George Spalding said after the match “She was as strong an opponent as I have had all season, all her pieces seemed to always be on good squares – the sign of a good player – and I got hardly any play.”

Meanwhile, on board 1, Simon managed to win his game.

It was my game (Liam) on board 3 which was the most engaging.

The game went though a few phases before it got to the critical position.

The arbiter determined the game was a draw, which I believe is the right result.

Here are my notes on what happened:

“This is the position with White (Rod) to play, he had 90 seconds on his clock while Black (Liam) had under a minute. White played b8... White pushed the pawn to the eight rank and hit his clock. I understand that this is an illegal move. White should have replaced the pawn with the promoted piece before hitting his clock therefore he did not complete his move. However, I did not say anything, as my clock was ticking and after I take the piece (whatever it is) we have reached a drawn position.

So I took the pawn/piece with my rook (...Rxb8) and offered a draw. I could see that this was a drawn position and I had about 30 seconds on my clock, White had about 85 seconds left. Whatever White does I can win the a-pawn within the next few moves and potentially swap off Rooks to result in a final draw.

White’s next move completely stunned everyone, he picked up my Rook and replaced it with a Black(!) Knight (I am not sure how to notate that) and hit the clock. Now my clock was running and I sat there for a few seconds trying to work out how the Black Knight got there. I then asked him what made him play that (thinking I was just being an idiot under time pressure and had miscalculated).

A discussion ensued while my clock was still ticking down, which it shouldn’t have been as White yet again hadn’t made a legal move. This action caused confusion, and was a clear interference of play at such a critical time of the match.

After a few more seconds I asked for the clocks to be stopped while I still had time left, I had about 6 seconds left at this point and by the time the clock were paused I had run out of time. Black then claimed a win because my clock fell seconds after the game was halted, saying he had done nothing wrong”

The result places Cumnor 1 into the middle of the table for division 2, with two wins and two losses out of the four games.

The updated table for division 2 can be found here here.