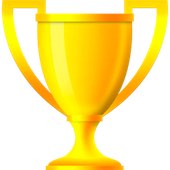 It’s a new year, so time to announce our annual internal tournament to find the best players in Cumnor.

We’ve decided, to give more people the opportunity to win a prize, to hold *two* different tournaments – with our players split into two groups based upon their ECF grade.

Firstly, there’s the familiar Players Cup, where our higher-graded players will compete for the Players Cup Trophy:

Here is who will be competing for the Players Cup 2015:

And, for our lower-graded players, we are pleased to announce the Bill Laar Trophy. This trophy was donated to the club by Mr Bill Laar in 2009. Bill is a local man who works in the teaching profession, and is a keen supporter of educational pursuits. Bill’s son Alex, was a founder member of the club in 2001, along with Ann Willan and myself.

The trophy was used in two different tournaments in 2009 and 2010. Unfortunately, since then, we have not been able to find a suitable use for it.

But that has now changed! The Bill Laar Trophy will now become a permanent tournament for the club. Each player will play one game only against each other.

Here is who will be competing for the Bill Laar Trophy 2015:

Good luck to all of you!

Steve Bennett founded Cumnor Chess Club in 2001, and is captain of Cumnor's second team. View all posts by Steve Bennett