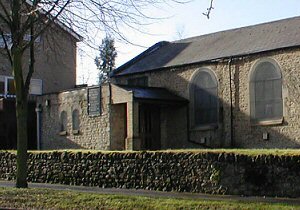 Cumnor 1 played the last match of the season on Monday, away to Cowley 3. Both teams were comfortably mid-table of Division Two, with only third place up for grabs for the winners. But the match was still a competitive contest on all six boards.

The first to finish was Steve who got a draw on the bottom board. Steve has gained quite a reputation in the club for drawing – maybe we should implement the FIDE “no more draws” rule which was announced on April 1st? :)

In my game, I had a poor position coming out of the opening which I never really recovered from and eventually lost the game.

Mark looked to be doing well on board 4. Going into the endgame he had three extra pawns – but Queen and Pawn endgames are notoriously difficult to win, and he had to draw out.

Andrew meanwhile had a challenging game against Oscar – a draw was offered by Andrew but rejected by Oscar, and Oscar eventually went on to win.

Simon played a junior on the top board called Arvin Hu. I knew Arvin was going to be a hard player to beat as he slipped his strawberry milk.

Impressively, Arvin managed to win against Simon, which shows he could have a great future ahead of him (Arvin that is, not Simon) and I don’t think anyone will fancy playing him in the coming years.

Graham had a game which he was winning right up until he entered the endgame. A time scramble commenced and Graham’s position started to look a little shaky. Graham takes up the commentary:

“A little shaky? It was downright precarious. Black had two very advanced pawns which I really should have nobbled when I had the chance earlier in the game, but I was distracted by my own plans. Despite winning Black’s Queen I failed to halt the promotion of one of the pawns, and before I knew it… I was on the ropes, with only seconds remaining on the clock.”

“By now I had no time to find good moves. I was just looking for legal moves.”

“Black was seconds away from mating me – with no chance of me rescuing things. But it was obviously my lucky day. Black’s clock ran out, with mine only having 20 seconds remaining…”

“It felt a little grubby and embarrassing to claim a victory in such a situation, but hey…”

“I dedicate my game to Simon Terrington, who cajoled me into playing d4 for the first time ever in a competitive game.”

All those hours at the Bear and Ragged Staff playing Blitz must be paying off.

In the end we lost 4-2 which means Cowley 3 take third and we finish in forth. However, everything being considered we have had a good season and I will do a little write up once all the leagues have finished.

Check out the final table here.