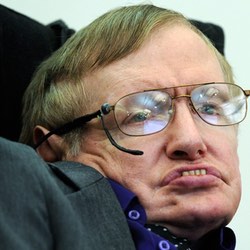 Do you know the Légal chess trap?

Named after the French player Sire de Légal, the trap sees White sacrifice their Queen for a devastating checkmate involving two knights and a bishop.

But the trap is particularly well known inside Cumnor Chess Club as it famously saw Ann Willan defeat Steve Bennett one night a few years ago. A great victory which many of us (well, all of us apart from Steve) love to recollect.

Here is how a typical version of the Légal chess trap can play out:

Now, the Legal chess trap may become even better known as Stephen Hawking appears to have tried to use it in a game of Quantum Chess versus actor Paul “Ant-Man” Rudd, as you can see in the following video (narrated by Keanu Reeves).

By the way, Quantum Chess is a real thing.