The over the board Chess season is now up and running. For the next two weeks, 21st and 28th October, both teams will be playing League Matches. The Club will be open for social Chess but there numbers will be down as 12 players will be involved in the matches two weeks running. 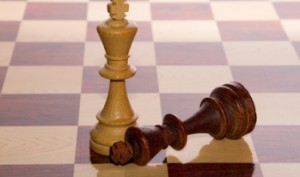 Cumnor Two will be playing their first matches of the season after two false starts. They will be playing Cowley 3 on the the 21st and then Oxford University 3 on the 28th both of the matches will be away from home. Originally Cumnor two’s season should have started against Abingdon School on the 4th October but it was postponed due to Abingdon’s Michaelmas fair. Then the Oxford University 3 fixture was also rearranged after they had some issues with the fixture pile up.