Last weekend saw the return of the Witney congress, its first running in the post-Covid era. Three Cumnor players took part, Nigel in the open, myself (Ian) in the under 2000 section, and on loan from Bicester guest superstar Tony in the under 1800. It was great to see another sign of the return to some form of normality in the chess world, but in many ways even more great to see so many faces I hadn’t see for so long, 2 years in some cases.  As usual Mike Truran and his team organized it all excellently – a special mention going to the arbiters Matt Carr and Hannah Richmond for doing what I view as the job from hell; hopefully nothing to controversial happened, I certainly didn’t notice any major problems. 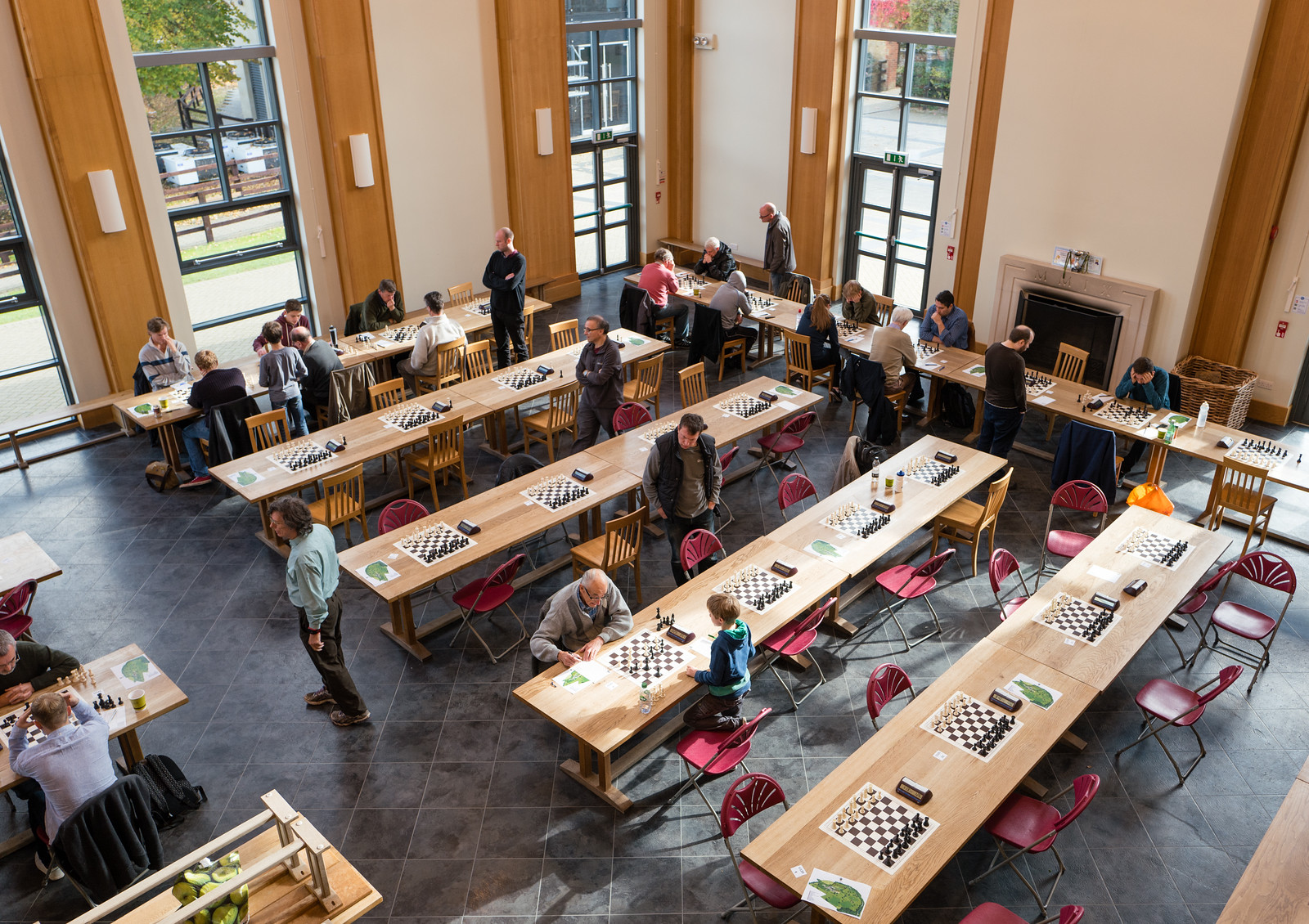 So back to normality? Well mostly, of course Covid had to be respected, but one big innovation, at least for me, was the use of electronic boards in the open section which allowed the games to be followed on the internet in real time, giving the best of OTB and online all in one package! The sign of things to come, possibly, but not for a while yet – these things are not cheap but increasing use can only be a good thing. As a result all the open section games are already available .It looks as though the rest of the games will be on the Witney web site, but as that relies on old fashioned manual entry (and deciphering hand writing!) they’re not there as I type this.

So how did we do? Well Nigel got 2, and I got 2.5, but Tony continued his great form to score 3.5/5 for a share of third, half a point of the leading pair; full results can be found here . Speaking for myself I had some fun and tough games, and played not too badly. Maybe I could have got 0.5 points more, but then again there were a lot of good players in the U2000 section, especially the youngsters, and it was won by two very good juniors, Kenneth Hobson and Tashika Arora.

So let’s have a quick tactical quiz or two! I’ll put answers at the end after a game from each of us. So firstly from Tony’s round 5 game. Your are black. You have to win to have a hope of first place. Time is fleeting. What should you play?

Now one from my fourth round game against Matthew Deacon, a very useful 12 year old. It really was a full blooded encounter, starting with my Smith-Morra Gambit against his Sicillian and no messing about from beginning to end. Anyway here’s where I missed my big opportunity – White to play and win:

Ok, my choice of games from each of us. First Nigel’s first round win, and Tony’s fourth round victory, both of which show in very different ways a nice understanding of minor piece endgames

And one from me, the one I enjoyed the most, my first round game against the top seed in my section. Another no holds barred game ending in a draw, a genuine 1 e4 e5 game:

So now the solutions to the puzzles above. Note being real games they are more complex than most puzzles, so I’ve shown the most thematic lines – believe me bung them in the engines and the evaluation won’t change:

Anyway thanks again to Mike Truran and his team for a very enjoyable weekend, and well done to Tony on his prize!

One thought on “Cumnor at the Witney Congress”