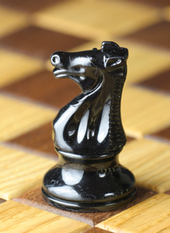 New members of any ability are always welcome to join the Club. We offer a stimulating evening in a friendly atmosphere, with the opportunity to learn from some highly experienced players.

We are open every Thursday (except for August and Christmas) from 7pm until about 9pm at the Cumnor Old School. Each year, Cumnor Chess Club holds two tournaments: The Players Cup and The Bill Laar Trophy which run annually for the calendar year.

We fields two teams in the Oxford and District Chess League (ODCL). Each team consists of six players from the Cumnor Chess Club, and match games are played (home and away) between October and May of each year between different clubs in Oxfordshire.

Many players also play in local, regional, national and international tournaments. Some of the more popular tournaments played in by our members include Cowley Blitz, Kidlington Chess Congress, Witney Chess Congress, The 4NCL, Chiltern League and The UK Chess Challenge.

When we say “any ability” we do mean it. Some of our players learnt the moves in school and forgot about it for 30 years before coming back and now play for the first team and win trophies. If you just want to pop in and play friendly chess, or have plans on becoming a Grandmaster, we have a place for you.

Your first club night is free with no obligation to become a member, More information about our club fees, directions and general information can be found here.

Joining a club can be a daunting experience but please drop us a message if you are interested.