On May 9th the first team had its last match of the season, away at Witney 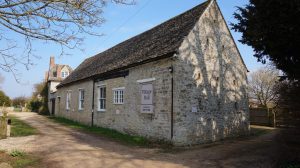 This was actually a rearranged match, Witney were missing a few of their players for the original date, and as it was more or less a dead rubber we agreed to move it to the very last day of the season so we could face their full strength – maybe we are too nice …

So on a sunny early summer evening, far removed from the dark of the reverse fixture in the Old School with broken heating, we found ourselves to be out-rated on every board. Despite that there were a lot of interesting games, but I’ll keep things short so the main focus can be on Nigel’s extremely fine game on top board.

On board 6 Andrey faced a newcomer who does look fairly useful …  Darryl certainly knew how to play against the Chigorin defense to the Queen’s gambit, winning material in the late middle game and converting fairly easily. Witney 1 Cumnor 0.

On board 5 John faced Howard Searle, meeting the Modern Defence with an Austrian attack which looked promising for a while but ended in a fairly early draw. Witney  1 1/2 – Cumnor 1/2.

Liam was on board 4 against Adam Sieczkowski, a junior that I know to my own cost is very useful.  An extremely complicated game resulted, with Adam pressing on the Queen side, and in the end his better coordinated pieces pushed through. Witney 2 1/2 – Cumnor 1/2.

Mark’s game against Francis Parker was the first of a couple of games to feature heavy material sacrifices. It all started with a Two Knight’s Defence, Francis playing the Ulvestad variation , a line which Mark said after the game he had never seen before. Madness soon ensued, Mark going a rook down but with the black king in the centre and mating threats based on an advanced pawn on c6. I have to say whenever I saw it I never really believed Mark had enough, and while he won back some of his material the game went into an R+B v. R endgame that Mark couldn’t hold. Witney 3 1/2 – Cumnor 1/2.

On my board, 2, I face Mike Truran. As the one time we have played before we went into a Modern Benoni, Mike this time playing the Taimanov Variation, aka the Flick-Knife Attack . Once considered almost a refutation of the Benoni, Black is now considered OK, but it is certainly good to know the theory if you are going to go down this line. And indeed Mike and I followed book lines until move 15 when I deviated saccing a pawn to get a chance an the initiative. This proved to be just the warning tremors, two moves later I sacced a knight to open up Mike’s king and many round the table thought I had a winning attack. Unfortunately Mike found the only defence, a line I hadn’t deeply looked as it involved moving his king to a square where I could check and apparently gain tempo, and then I failed to follow up properly – repeated sacrifices followed but in the end I resigned because, as Liam put it, I “had run out of things to sacrifice”. And to add insult to injury even if I had found the correct follow up the semi-conducting monster shows that the initial knight sacrifice was unsound, though the refutation is not that easy to see. Oh well, such things never bothered Tal … the only difference being he tended to get away with it! Witney 4 1/2 – Cumnor 1/2

I would normally have filled out some of the details above, but pride of place must go to Nigel’s excellent win on top board against Dave Hackett – one which Matt Rose judged of such high quality as to win the Ray Starkie prize for the best game played in the OCA this year! The turning point of the game was a fine line closing combination which netted Nigel the exchange, a plan he must have seen some moves before actually playing it. Here it is, watch out for 21 d5!:

Nigel had now won material, but Dave has a definite initiative, and he proceeded to throw what he had at the White king – which Nigel calmly refuted with nerves of steel, just taking whatever gifts Dave offered until there was nothing left despite the alarming concentration of black pieces near his king. I was particularly impressed by 32. Ne2, I thought while watching 32. Nf3 was obvious, but as Nigel explained on f3 there is always the chance of Rxf3 opening up the white king’s position, and also from e2 the knight gives useful cover to g3. Anyway here’s the whole game:

In the final position b8=Q+ will defuse all Black’s remaining threats, and leave the win trivial. And so quite possibly the last game to finish in the whole of the OCA season wins the best game prize – Well played Nigel! Simon Terrington has published a YouTube video discussing the game.

We finish the table second from bottom, but in reality part of the mid-table pack that represented how closely many of the matches have been fought this season, a result we can be proud of given the loss of some of our stronger players at vital points in the season.

After the conclusion of the season last week, the OCA May committe meeting took place last night and I am happy to report that Two Cumnor Players have received awards for their performances in the Oxfordshire League this season.

Nigel Moyse won the Ray Starkie award for the best OCA game this year for his win against Dave Hackett in the Witney match on the 9th May. A match report will be published  soon, and the game will be included in that, and all the games submitted for the prize can be found here . Simon Terrington has also published a YouTube video on the game.

Andy Hudson won the David Del Nevo Trophy for the player who scores the best game points percentage in Division Three, who has played more than 50% of the League Matches. Andy managed 7 points from 8 matches giving him a win rate of 87.5%! It should also be noted that Andrey managed 5 wins from 5 but sadly didn’t play enough matches be eligible for the Trophy.

Congratulations to both players! The League is now over for another season which is an achievement considering the situation, well done to every player who took part. Next season should start again around the first week of October.

Unlike some clubs we will remain open over the summer (but not during August) for players to get some Players Cup and Bill Laar Trophy matches played, information on the cups along with the current standings can be found here. It should be noted every year that the Summer Months are the best to get these matches done, I make it 10 weeks until August and once the league restarts players won’t necessarily be available to play. Get those matches played so you aren’t relying on others come December!

2021-22 Prizes
Now the season has been completed, the following prizes have been awarded:

All entries for the Ray Starkie Best Game Prize can be found in the lichess study below.
Congratulations go to all the winners. 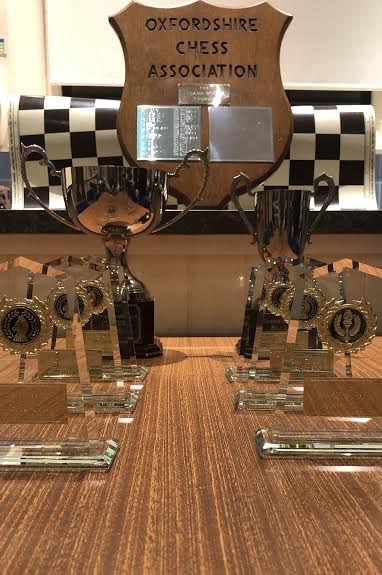 Did you mark the return to over the board chess with your own brilliancy? If so please consider submitting your game from either the ODCL, Frank Wood Shield or Oxfordshire county match for the Ray Starkie Best Game Prize!

Entries can be made by submitting games to me to be passed on to Matt Rose, who has kindly agreed to judge again this year, and will initially close on 7th May with a final deadline of midnight 14th May for games played after the initial deadline.